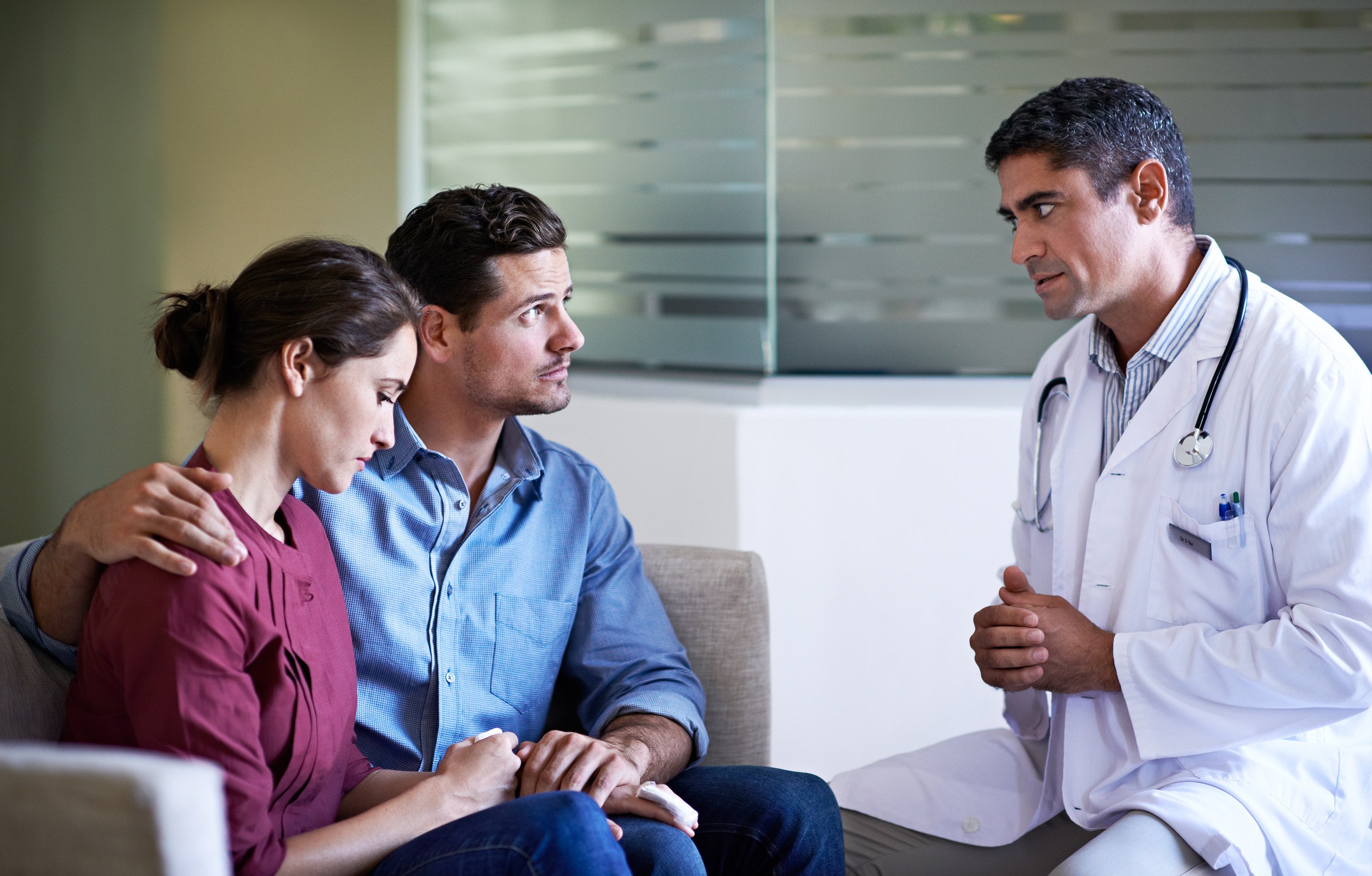 What You Need To Know About STDs

April is STD Awareness Month, an annual observance that helps raise public awareness about the impact of STDs and the importance of prevention, testing, and treatment. Sexually transmitted diseases are currently undergoing a sharp rise in the U.S., making STD Awareness Month a good time to learn about what you can do to better protect yourself and your partner(s) from HPV, herpes, gonorrhea, syphilis, and other common STDs.

STD, short for sexually transmitted disease refers to a number of diseases passed from one sexual partner to another during sex. Currently, STDs represent a nationwide epidemic, putting anyone who has sex at risk. Young people between 15 to 24 years old account for half all new infections.

The Centers for Disease Control and Prevention (CDC) recommend talking, testing, and treating STDs. Talking means speaking openly and candidly with your sexual partners and your doctor about STD symptoms or concerns. Getting tested for STDs is also important, especially for anyone who participates in intercourse with the same sex, and or has multiple partners. If you test positive for an STD, always follow through with any recommended treatment to avoid long-term complications, and refrain from sex until treatment is complete.

The only way to totally prevent an STD is to abstain from sex altogether. If you do have sex, you should limit sexual activity to a monogamous partner who has received a recent negative result after getting tested for STDs. You can also lower the risk of STDs by using properly worn condoms whenever you engage in sex. Keep in mind, however, some STDs are transferred through skin to skin contact, which means condoms may not be entirely effective.

How to Tell if You Have an STD

STD symptoms vary by type. Below are some common infections, along with their typical symptoms.

Herpes Simplex Virus-2:  HSV-2, better known as genital herpes, affects roughly one in five Americans over the age of 12, or a total of 45 million people, according to the CDC. Type 2 usually causes genital sores, although either type 1 or type 2 can infect the genitals or the mouth, since herpes is spread during oral sex. The virus that causes herpes rests in nerve bundles shared with the thighs and buttocks. As a result, symptoms sometimes show up in these areas, too. Outbreaks may resemble blisters, sores, a rash, pimples, or cuts. Pain, itching, tingling, and burning around the genitals are also common. Individuals with a history of HSV-2 may continue to shed the virus even though they may not be symptomatic (called “asymptomatic viral shedding”) and thereby spread the infection. Although there is no known cure for herpes, there are medications that can lessen the severity of outbreaks. Ask your healthcare provider for advice.

Human Papilloma Virus (HPV): Approximately 20 million Americans are infected with HPV, and about 5.5 million new cases are diagnosed annually. The virus spreads through skin-to-skin contact, sometimes resulting in genital warts, which appear about six months after an initial infection. Some types of HPV lead to cervical cancer, as well as penile, anal and oropharyngeal cancers. There is currently no cure for HPV, but there are treatments your healthcare provider can recommend. There is also an HPV vaccine which helps protect against certain types of HPV (e.g., types 16 and 18 that cause 80% of cervical cancers cases; types 6 and 11 which cause 90 % of genital wart cases; and types 31, 33, 45, 52 and 58 that contribute to other types of cancers).

Chlamydia: This frequently transmitted STD often exhibits no symptoms, making it difficult to treat and track. The World Health Organization (WHO) reports about 127 million new chlamydial infections occurred in 2016, and the American Social Health Association (AHSA) estimates that about three million new infections occur in the U.S. annually. Chlamydia is caused by genital or anal contact, and occasionally, through contact with infected body fluids. Most women and nearly half of all men who get chlamydia experience no symptoms. This is why it’s important to get tested. Untreated chlamydia can spread to a woman’s fallopian tubes and cause infertility. Fortunately, there is a cure for those who test positive.

Hepatitis B: It’s estimated that about three-quarters of a million people in the U.S. have hepatitis B, with nearly 80,000 new cases occurring annually. Nearly half of those infected exhibit no symptoms. Those who do develop symptoms usually experience fatigue, loss of appetite, nausea, darkened urine, joint pain, rashes, and jaundice (a yellowing of the eyes and skin). In some people, hepatitis B can cause sudden liver failure. Most people will recover on their own in time, but about 2-6% experience chronic, lifelong problems. Antiviral medications and interferon can help, even though there is no specific hepatitis B treatment. A vaccine is now routinely administered to infants. If your sexual behavior puts you at a high risk, you should discuss this option with your healthcare provider.

Gonorrhea: The World Health Organization (WHO) estimated 87 million new cases of gonorrhea worldwide in 2016, and the AHSA reports some 650,000 new cases annually in the U.S. Often referred to as “the clap,” gonorrhea typically shows up as a telltale yellow drip from the tip of a man’s penis. Others experience no symptoms whatsoever. It’s important to get STD testing for this disease, since gonorrhea can lead to serious infections. It’s also important to alert any sexual contacts who may also be infected.

Syphilis: Once considered “virtually non-existent” in most of the U.S., syphilis is making a comeback. The CDC estimates about 70,000 new cases each year. The most common syphilis symptoms are sores, called chancres, on the penis that occur during primary syphilis. Secondary syphilis follows, marked by a rash that typically starts on the palms and soles of the feet. Other symptoms include erosion of the mucous membranes in the mouth, penis, vulva, or anus, and hair that falls out in patches. Unless treated, the disease can also damage the heart and brain. Antibiotics can cure the disease, but you will need to inform any sex partners, since they, too, may have become infected.

HIV and AIDS: An estimated 800,000 to 900,000 Americans currently have HIV (Human Immunodeficiency Virus), with about 40,000 new infections diagnosed annually. The virus causes flu-like symptoms, such as fatigue, fever, headache, mouth sores, and a rash on the trunk of the body. If you experience any of these symptoms after having sex with someone who may have been infected, get tested immediately. Although a standard HIV test may not detect the virus quickly, there are newer tests that can, and treatment tends to be much more effective when administered right away.

Getting tested for STDs during STD Awareness Month will either ease your mind, or help you avoid unnecessary complications. In fact, you should get tested at any time of the year if you experience STD symptoms such as those described above, or if you’ve recently had intercourse with someone you suspect may have been infected. 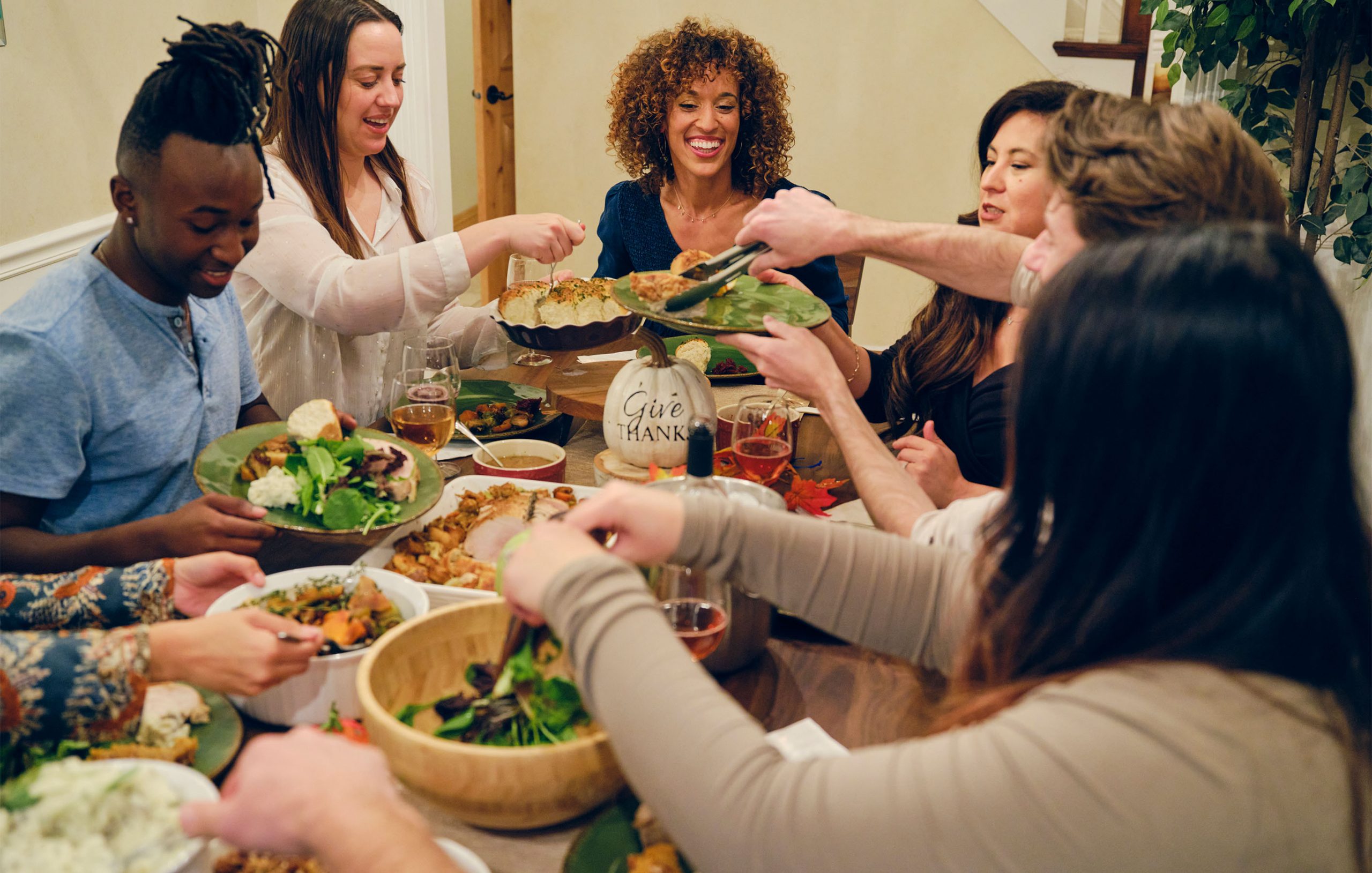 How to Avoid Holiday Weight Gain and Tummy Troubles 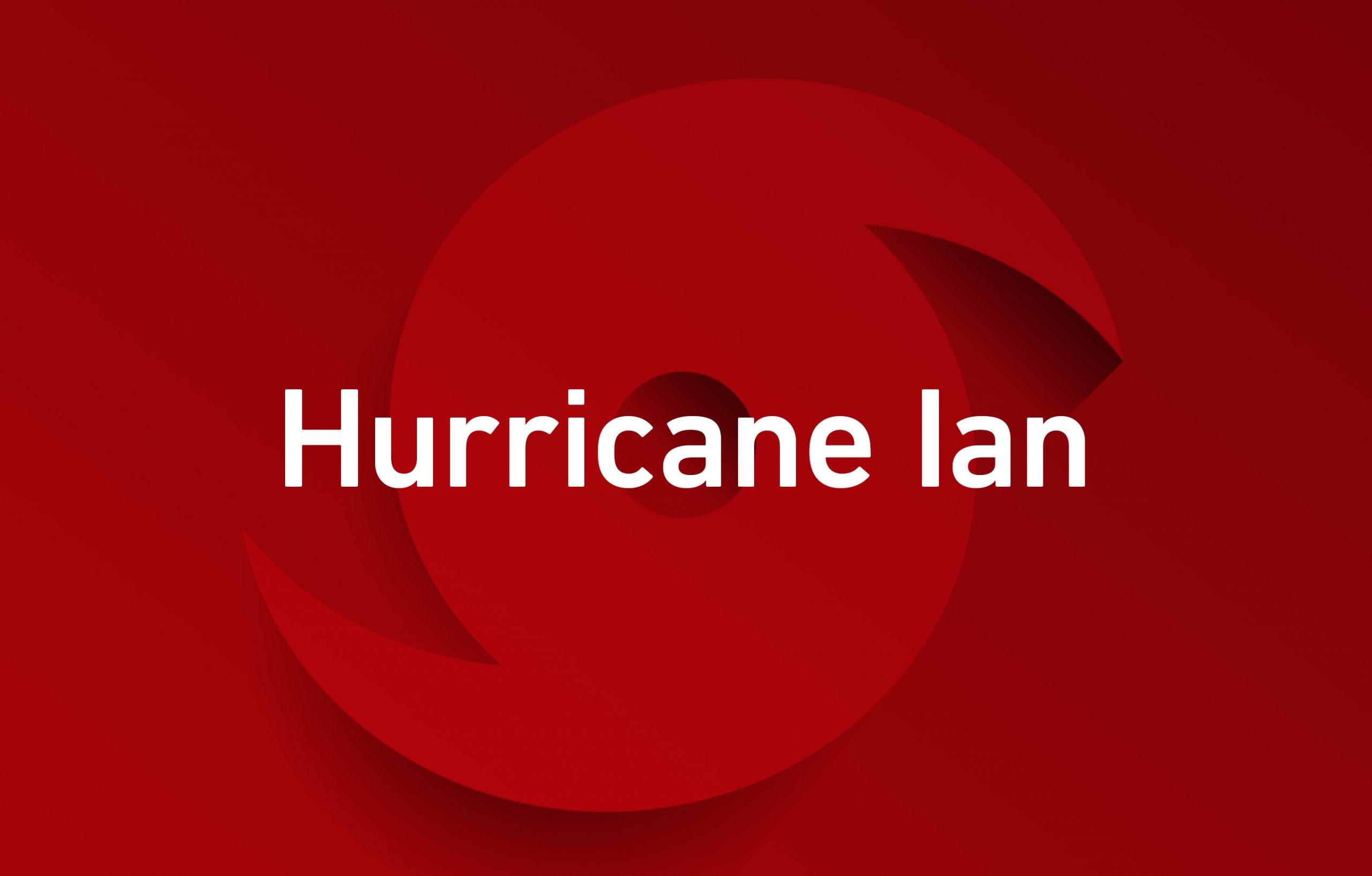 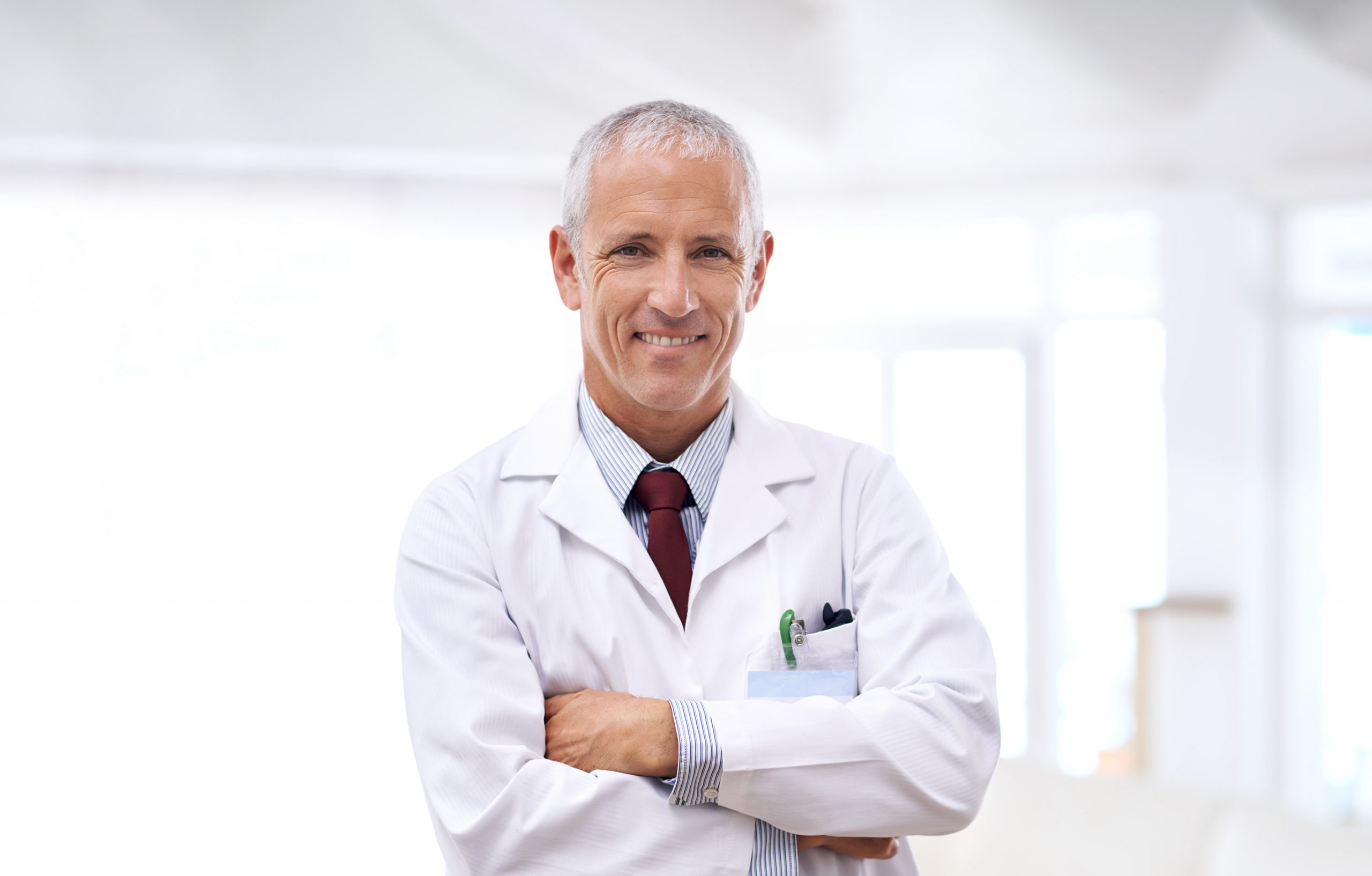