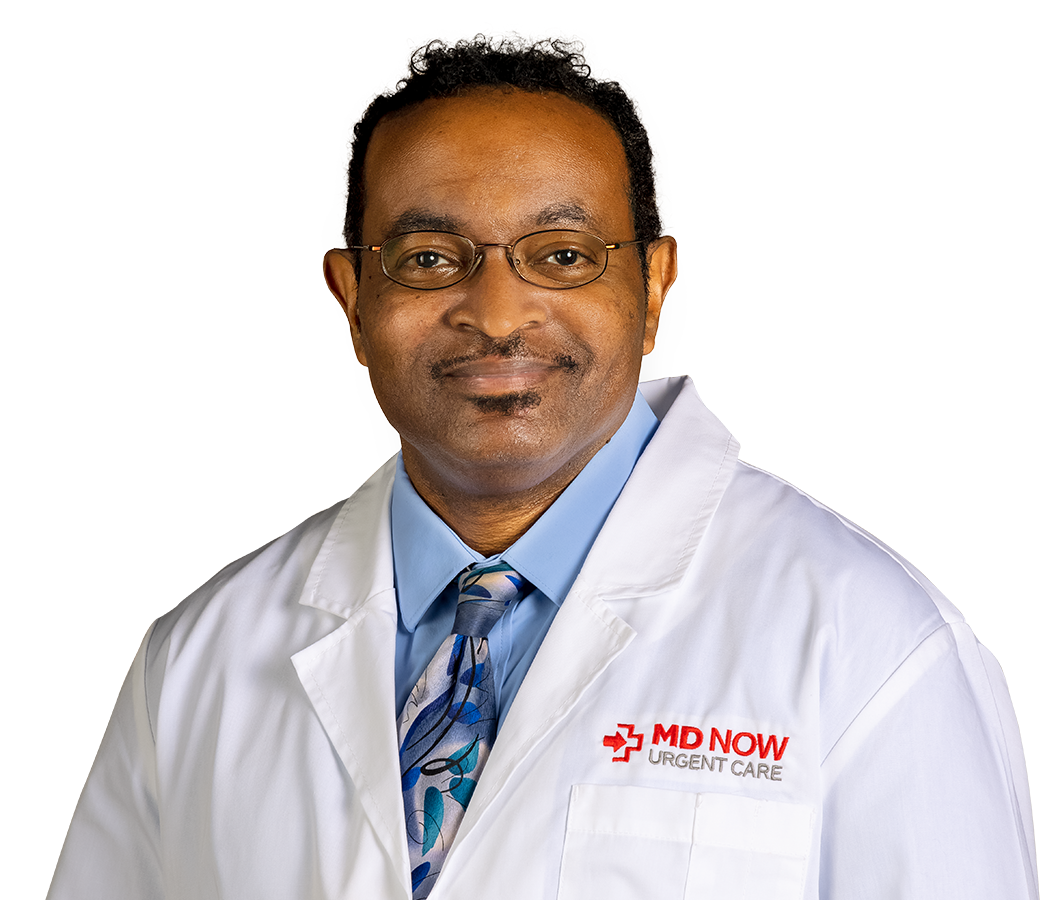 Dr. Leaven greatly enjoys mentoring high school athletes and students who are interested in sports medicine and gives presentations about goal setting, decision-making and working in healthcare. As a volunteer team physician at Lake Taylor High School in Norfolk, Virginia, he provided sports physicals, nutritional advice, training supervision, and medical consultation for the varsity football team and others. He also administered over 400 sports physicals for middle school and high school students in Norfolk, Virginia.

Trey Leaven, MD has over 20 years of experience in practicing and teaching medicine, and has been a member of the MD Now team of healthcare professionals for more than 4 years.

Dr. Leaven began his medical career as an internal medicine resident at the Medical College of Virginia in Richmond, Virginia. Next, he was a general surgery resident at Morehouse College in Atlanta and then he returned to Eastern Virginia Medical School as a family medicine resident. After completing this last residency, he worked as a staff physician for Patient First, a Virginia-based primary and urgent care provider, from 2012 to 2016. In 2017, he completed his sports medicine fellowship at the Joan C. Edwards School of Medicine at Marshall University in Huntington, West Virginia.

While he was studying medicine, Dr. Leaven served as a teaching assistant at Eastern Virginia Medical School. He later became an adjunct instructor at Centura College in Virginia Beach, Virginia, where he taught anatomy, physiology, pharmacology, and medical ethics.

Dr. Leaven has won numerous awards and accolades throughout his career, including “Instructor of the Year” at Centura College and highest honors during his sports medicine rotation. He was named “Surgical Intern of the Year” at Morehouse College and was nominated twice for the Star Award for Clinical Excellence at Grady Memorial Hospital.